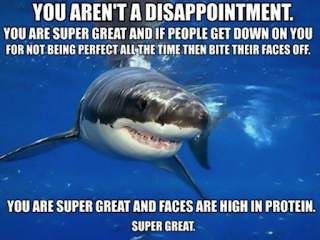 I think all of us from time to time have had the feeling that we weren't doing our best.  That maybe something we did wasn't the right thing at the time.  We second guess the decisions we make on a variety of subjects.

While I can do that in real life, I can't do that as an Emergency Physician.  While most of my daily work decisions have nothing to do with life and death choices (more like which antibiotic to give the cigarette-smoking, teeth ruined by meth patient with yet another dental infection), sometimes they do.

That's where knowledge and just a little bit of attitude comes into play.  I trained as a surgical resident for a while.  After being a lowly intern during the first year, at some point during the second year you are allowed to open and close for the attending physician.  There's a certain headiness that comes with being called into the operating theatre, scrubbing in, having someone dress you in gloves and a gown, then having your every wish met as the tech hands you the instruments with which to perform the surgery.

I think that attitude helps while making those tough decisions.  Or, maybe it's not attitude, but confidence; you know what you're doing and feel good about the decisions you make.  And, sometimes, when that little bit of doubt creeps in, I think about this meme.  I mentally smile inside and continue on... because that's what's expected of me; to be the person holding it together and making the decisions while others look to you for calm leadership.  Super great..!

Love this! (Especially love the graphic!) I'd like to feel that the doctor into whose hands I'm putting my care or life or the care or life of a loved one is Super Great and super sure of him/herself. I know there are doctors who come across as arrogant (and maybe are), but this helps me to realize that s/he really does need to feel that confidence in him/herself. When I question myself I don't perform as well. I don't want a doctor who isn't confident in his/her abilities.