I've been trying to avoid being political on this blog,
but today I have to take a minute to talk about gun control.
My thought: the only way to stop a bad guy with a gun
is to be a good guy with a gun.

I never liked guns much even though I grew up around hunters
and there were always rifles and small arms in the house.
I wasn't interested in them; to be honest they scared me a bit,
but I didn't mind them, and I never thought about using them for
anything other than what they were intended for... hunting.

At some point, I learned my mother actually had carried a small gun
around with her since there was some concern that that my natural father
might try to abduct me.  It never came to pass, and when I found out about it,
it made my mother seem kinda badass. 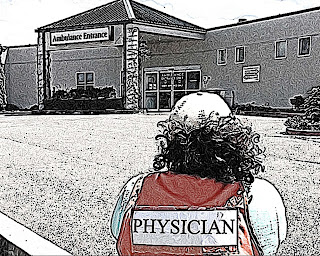 I've treated lots of gunshot victims.
Most were secondary to drug deals gone wrong.
A few were on the losing end of a gunfight with LEO's.

Then over the last couple of years, people started to die
because guns just seemed like a quick and easy way to
deal with thoughts and feelings that couldn't be
dealt with in some other way.

Then a very good nurse friend was murdered by her father-in-law in a
murder-suicide most likely driven by her and her mother-in-law's
chronic illnesses. The mother-in-law was killed too.

Then a former senior fellow from my time in cardiothoracic surgery
at the Brigham in Boston was murdered by the family member
of a patient he had operated on.

And, just when doctors are being told to #StayInYourLane
and fighting back by saying #ThisIsOurLane
an Emergency Medicine doctor, not known to me,
is murdered today in Chicago.

And, so here we go again with the debate... 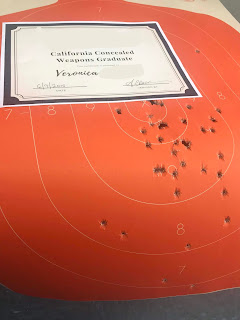 After one hospital shooting a couple of years ago,
I had a discussion with the nurses about what we would do
if an active shooter situation arose.

One of the nurses told me that she would "shove me under the desk"
and they would go confront the shooter.
She said I needed to "stay alive" so that I could help them later...
That stayed with me as I thought about huddling under a desk
while others defended me and their patients.

This year, I decided to take matters into my own hands, so to speak...
I joined the NRA.
I bought a Glock 26.
I learned to shoot.
And I got my CCW. 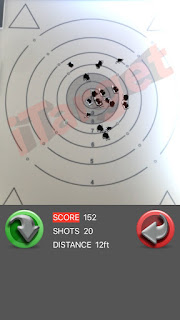 For some reason, instead of dealing with feelings in other ways,
people are using guns.
Is it the pervasiveness of reality video games?
Is it the influence of television and movies that glamorizes guns?
Is it the lack of authority figures in their lives?

Why are so many people resorting to killing?
A jilted lover...
An angry family member...
A desperate husband and father-in-law with failing memory...
An angry ex-fiance...

Colleagues are ranting about
public health issues
mental health issues
patient safety issues
and, I agree with them in some respects.
There aren't enough mental health providers,
there aren't enough systems in place to help people
to learn to deal with their problems.
We need more secure hospitals and public spaces.
Heck, our hospital just got security guards within the last year,
and I've been here for almost 8 years!

But let's focus on the the deeper issues of mental health
and why people can't cope or deal with their problems.
Texas, 1966 - a marine in a bell tower
San Ysidro, 1984 - a security guard in a McDonald's
Texas, 1991 - former merchant marine in a restaurant
Virginia Tech, 2007 - student with mental problems
Let's focus on role models lacking for young men
and the disintegration of the family.
Columbine, 1999 - Trenchcoat Mafia
Let's focus on the entertainment models of video games
and movies influencing our actions.
And, on and on and on...
But, not the guns,
the guns were simply the tool used to perpetrate the action.
Just like planes and box cutters killed over 3,000 people on 9/11
Just like those that "drank the Kool-aid" and were killed by cyanide in '78
Just like the sarin used to kill 12 in a Japanese subway

You can't blame the means, you have to blame
the perpetrator and uncover the most important question:
the why...?
Followed by
What can we do...? 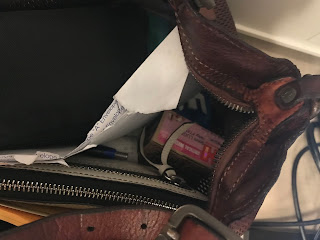 Yes, those are bullets in my handbag.
I have a CCW now.
For that moment I've been shoved under my desk,
and it's still up to me to help my staff...