Last year was my "Year of 50" and I was determined
to achieve a lot of "firsts" and check off some things
from my Bucket list... 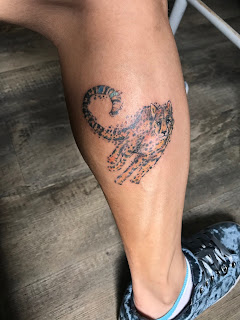 I've wanted one since I was in college, but every time I thought
about it, I wondered if I would still feel the same about
whatever I'd chosen when I was 80.

Last year I did it.

I'd been cycling since March of 2015 when I bought a bicycle
on a whim to help with some stressors going on at the time
as well to help get me back into some sort of shape
other than round.

So I bought a "real bike."
And I got a tattoo of my spirit animal to go along with my
riding hashtag: #GoCheetahGo 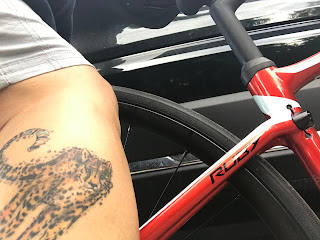 And, I started training on that bike.
And I worked those hills.
And I cross-trained on a friend's mountain bike to build up stamina.

Then I went and did it...
I signed up for the Sacramento Century Ride.
The full century... 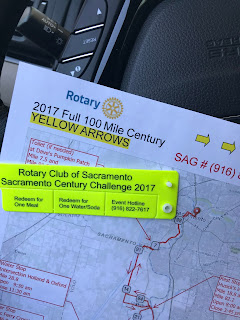 It was a beautiful morning to start my ride.
I started around 6:30 in the morning because
I knew from prior years that around noon it was going
to start to get hot, and that's the last thing I wanted to experience. 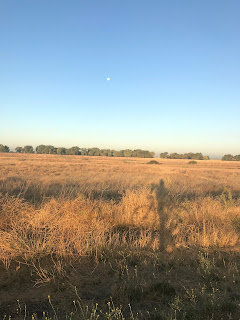 Soon I was riding through the trees beside the river... 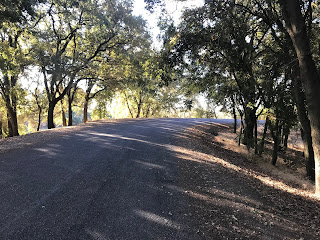 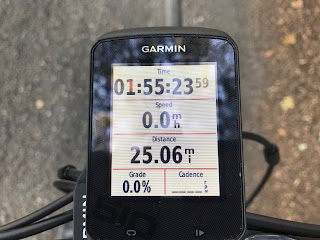 As the morning went on, so did the miles until I came to the one
break in the action...
We had to ride the ferry across the river... 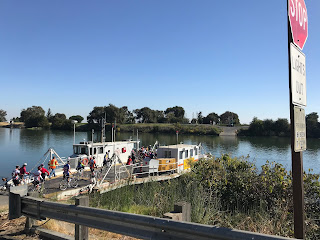 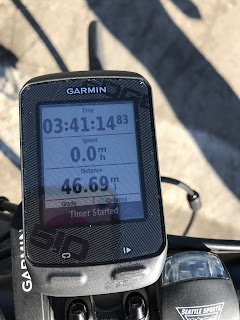 I made it to the lunch stop which was at about 52 miles,
and then I fell off my bike.
It was stupid really; I just didn't get enough speed starting
and fell straight over.
Since I was clipped in, I didn't even have enough time to
get my leg out, so down I went.
I was more embarrassed than anything,
but then I had a skinned knee for the rest of the ride. 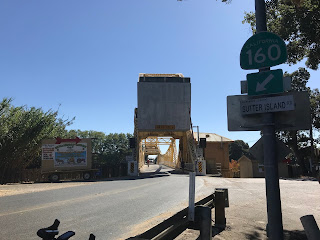 Somehow I made it the next rest stop,
and I realized that I had beat my longest distance to date.
That, and the sun starting to bear down gave me the
impetus to continue riding even though muscles were starting
to really ache, and my knee was killing me with every stroke
of the pedals... 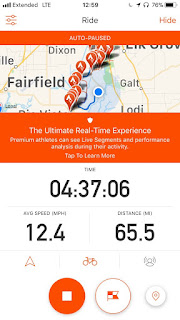 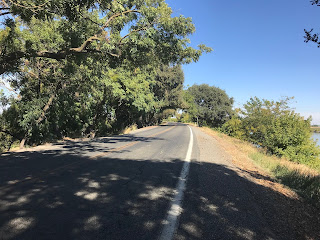 Somewhere along this road I started to really hit the wall.
That's where you suddenly start thinking of excuses to not keep on going.
I'd done that before on those other metric centuries;
you're baking in the sun,
you're almost out of reserves,
your water that you filled 20 miles back is warm,
you starting wondering about hopping on the next
SAG wagon you see pass by.

But, you know what I love about these rides..?
It's the encouragement from the other riders.
As the speedy teams pass you, they always call out,
"Yeah, you're doing great! Keep going..."
or they ride alongside you if it looks like you're struggling
and ask if you need any water or an energy bar.

If you stop on the side of the road to work out a cramp,
they'll stop and ask if you need help.
And when you tell them you're just taking a break,
they'll call out,
"Keep going, we're almost home!" 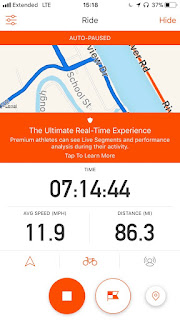 And, before you know it, there it is...
I love this bridge.
I know that once I get there, I just have to ride over it,
and it's a short downhill coast to the finish line...
And the Rotary Club lines up on both sides
and cheers you as you ride through. 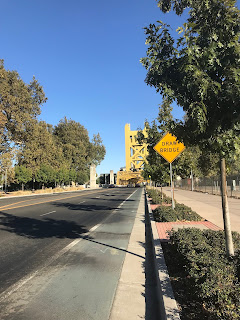 And, that 100 miles is complete...
And, as you sit drinking that well-earned beer,
you raise a glass as others raise a glass to you...
You made it all the way! 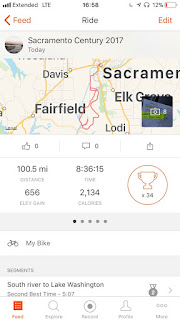 Brava! I enjoyed this descriptive post. The pictures drew me in to your story. I felt myself cheering you along like the other riders. I am exhausted from just reading about your riding. Cheers for #NaBloPoMo18!