Gentle Into That Good Night 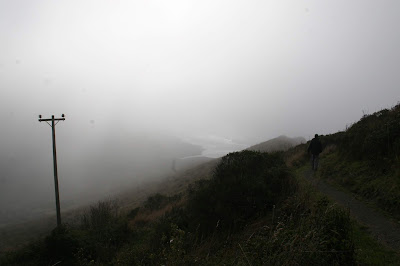 Emergency Departments have their share of regulars.  The patients that come back time and time again. Some you don't mind. Some you inwardly cringe and say, "Oh, God, them again." Seriously, George, this is the second time this shift.

They come and they go until one day you notice that you haven't seen someone in a while. You don't say their name because there's an unspoken superstition that like saying "Beetlejuice" three times they'll reappear. We have staff members who's sole purpose is to work with community physicians and mental health agencies with a goal to keep these "frequent fliers" or "super utilizers" out of the ED, so sometimes you don't think too much about not seeing someone for a while.

Then one morning there's a code alert on the radio: patient found unresponsive lying in front of a business, Fire and EMS responding.

Is it a drug overdose? Narcan and a sternal rub and by the time they come to the ED they're awake and cursing you for taking away their high.

Is it one of our regular drunks? Brought in overly intoxicated wearing the same clothes they've been in since the last time you gave them some new ones, covered in their own bodily fluids and sometimes some accompanying unwanted guests that have to also be washed off.

Is it someone who had a coronary event? This early in the morning, someone on their way to work who's having the "Big One" and collapsed.

You sit and wait for the radio to sound again wondering. I look over the rack of patients waiting to be seen and the patient board and begin to mentally prepare for whatever comes... is this going to be a prolonged Code Blue or is it going to be a quick evaluation with a "metabolize to freedom" disposition.  It all depends on that next radio transmission.

The radio crackles again with "Patient update." That usually means they're coming in Code 3 with lights and sirens and CPR in progress... or it means 1144 - deceased on scene.  Today it's an 1144.  Someone didn't make it through the night.

I relax a little, and I and the staff move on through the day not really giving a second thought about that life; we have other lives to save today.  Then the next day you hear it was one of the regulars;  someone who you'd seen come into the ED just a few days earlier with their regular complaint.  One of the "Oh, God" ones.  And, you start to wonder...

You begin to think about the movie "Groundhog Day" where Phil goes back each day working to keep the homeless man alive by doing something to change his final course... and every day he fails.  "Sometimes, people just die."  And, this reminds you of the quote in "M*A*S*H" where Col. Blake tells Hawkeye "...rule number one is young men die. And rule number two is, doctors can't change rule number one."  Was there anything you could have done? Sometimes the answer is, "no."

On the way home, I think about that person and my interactions with them. The debilitating addiction to drugs and alcohol that put them on this path. The multiple resources to try to help them. Their steadfast resolve to not change a thing about their life because it was their life, and that's all they had to call their own;  no family (those bridges having been burned a long time ago), no possessions (it's easier to be homeless when you don't have to worry about someone stealing what little you have, or keeping track of it when you've been on a three day bender), nothing except the few dollars in your pocket with which to buy that next bag of meth and the pint of vodka to keep away the demons in your mind.

I think about them laying down for the night, that coldest night of the year so far.  Did they dream?  Did they remember their dreams of being a child and all of their wishes for their life? Of being a young adult and experimenting and experiencing all that life had to offer?  Of being in their 30's, addicted, being separated from family and friends, raging against the world? Of their life now and anything beyond that next score or that next drink? Did they dream as their body failed for the last time to make it to morning, where someone would find them and EMS would be called to transport them to the ED again..? Where we'd recognize them and say "Oh, God, not them again..."

That's what haunts my dreams. 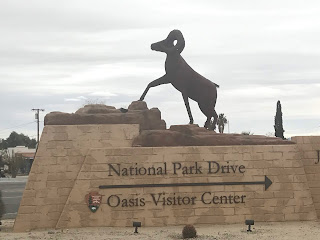 Even though it was a cold and rainy day, I wasn't dissuaded.
I have one free day while I'm in 29 Palms to do this,
and I took advantage of my free time this afternoon. 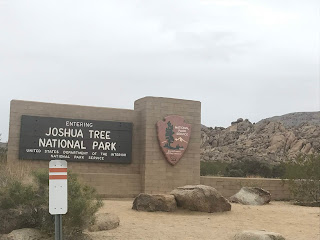 Some people really love the desert.
I'm more of an ocean and forest girl, but I can appreciate the beauty
in the stark vastness of the desert. 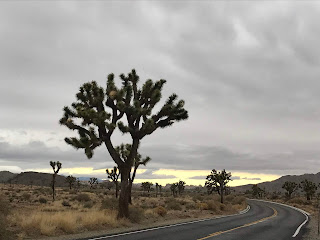 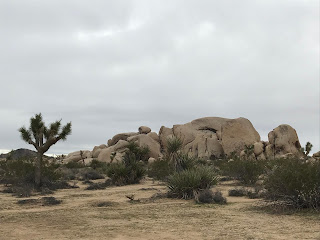 But if you look closely enough,
you start to see life in unexpected places. 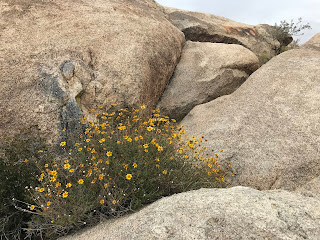 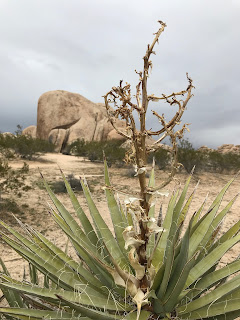 Although, I wouldn't want to get to close to this... 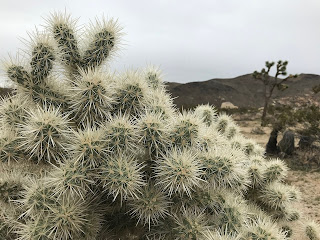 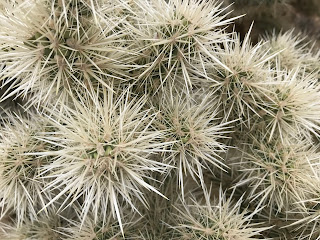 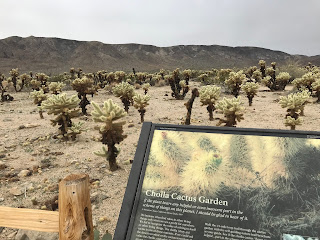 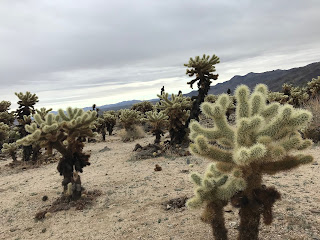 These are actually called "jumping" cholla cactus because
if you inadvertently brushed against one of these
one of the branches might stay stuck to your clothing...
or in you... 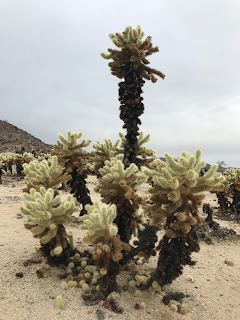 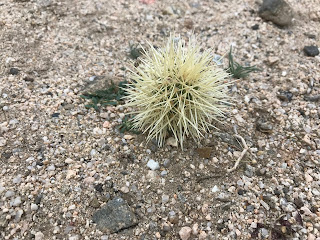 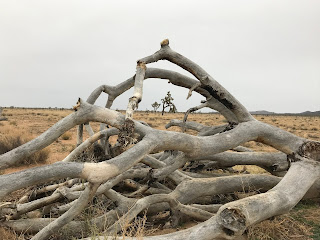 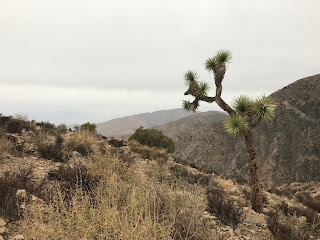 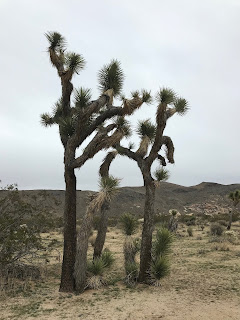 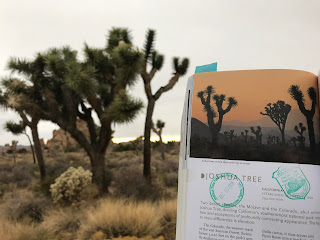