K is for Ka

noun, Egyptian Religion.a spiritual entity, an aspect of the individual,
believed to live within the body during life
and to survive it after death. 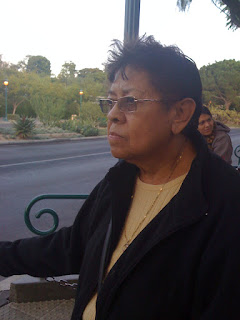 For those that have read my blog previously,
you know that my mother and I have discussions about things
that most people are uncomfortable with...
like living wills and death.

Recently we talked about what she was going to come back as,
just so she could let me know she was doing ok.
"Maybe a hummingbird or a dragonfly."
She told me she was just going to "pinch your toes."

I told her I didn't want to freak out, I just needed some reassurance
that's she's made it to Heaven and everything is good.
She said pinching my toes would definitely send a message.

I'm still trying to convince her to come through as
something less threatening, but
Momma does like to do things her way...

And, I know her spirit will definitely carry on long after she's gone.

That's great that you and your mother talk about so many things.