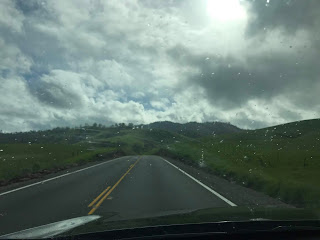 I mentioned a couple of days ago that I really hate working the holidays
because there's always one case amoungst the myriad of patients
that come in that affects you more than most.
I figured the code of the young patient would be
the sad case of the holiday,
but this stroke patient is pretty close.

Of course they had a great family.
Of course they were pretty healthy up until they weren't.
Of course they had been intelligent, hard-working, a loving parent...
And since the law of the ED dictates that bad things happen to good people
now they've had a stroke.
They came in too late to receive the clot-buster drug.
They didn't have an operable lesion.
They'll have to wait and see what function returns.
I gave their family some hope of partial recovery
with the expectation of long weeks of physical and occupational therapy.
Only time will tell...

I may be a bit fatalistic but I hope if I have a stroke that I can't recover most function from that it is a stroke that causes my death. I don't want to be in this position but of course would "live" with it if it was the will of God. Its different being a transcriptionist and not dealing with patients directly, but there were a few patients and their outcomes that made me cry when I was transcribing their reports. I won't forget the death summary of a little child and the words dictated about the mother's support and love at the end of the little one's life nor the doctor's words of condolences to a patient's daughter on her mother's passing where he was in tears and I was in tears alongside him, albeit he was dictating on a tape I was transcribing. Neither of those events though happened by a holiday.

I'm so sorry. Fear of not being able to get the right word to come out is one I have, whether from a stroke or from some form of dementia.