For our anniversary in February, we went on a
13 night Panama Canal cruise.
After 5 days of travel, we arrived at the
Panama Canal. 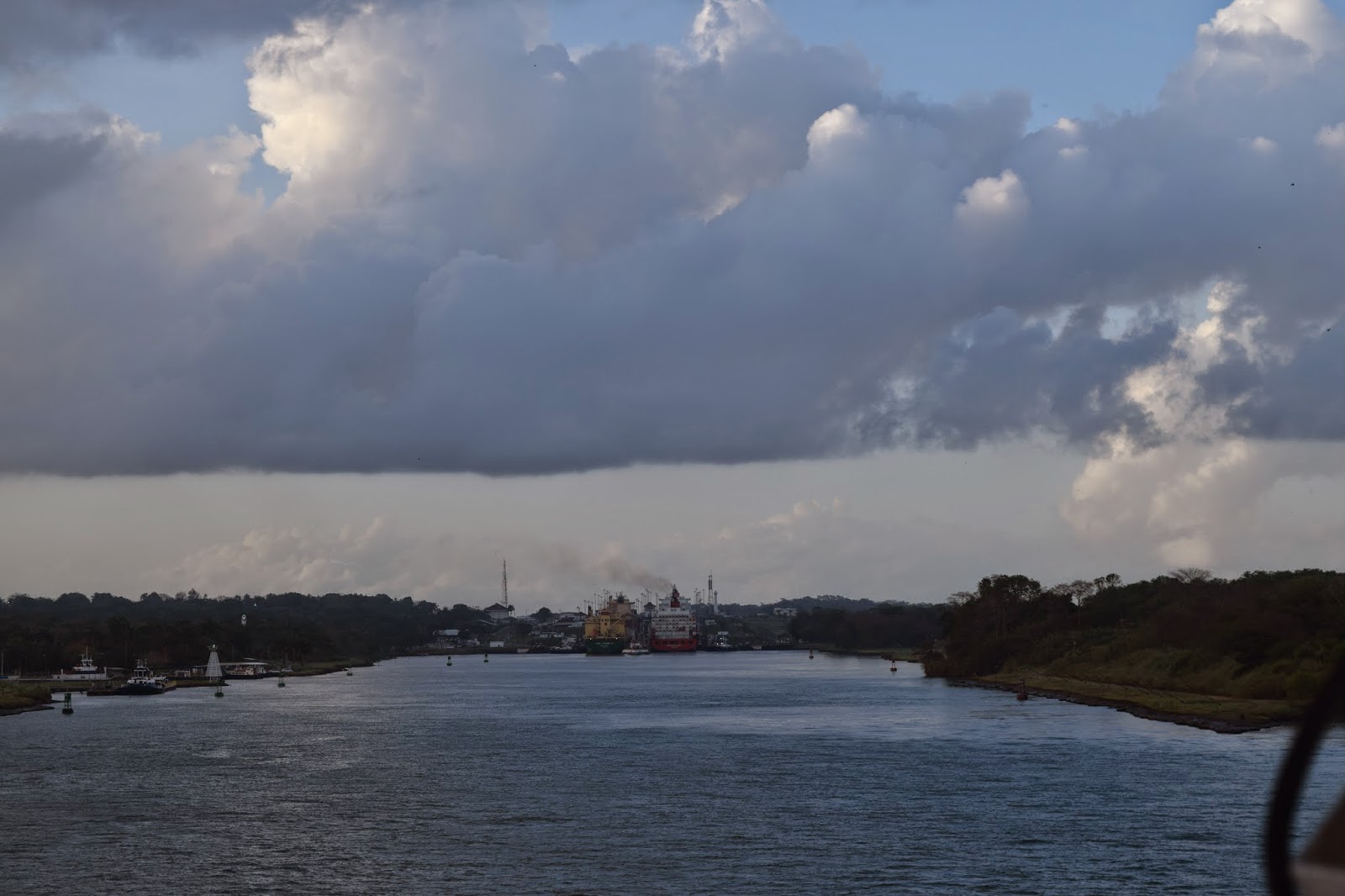 We were up at 5 in the morning to get front row seats. 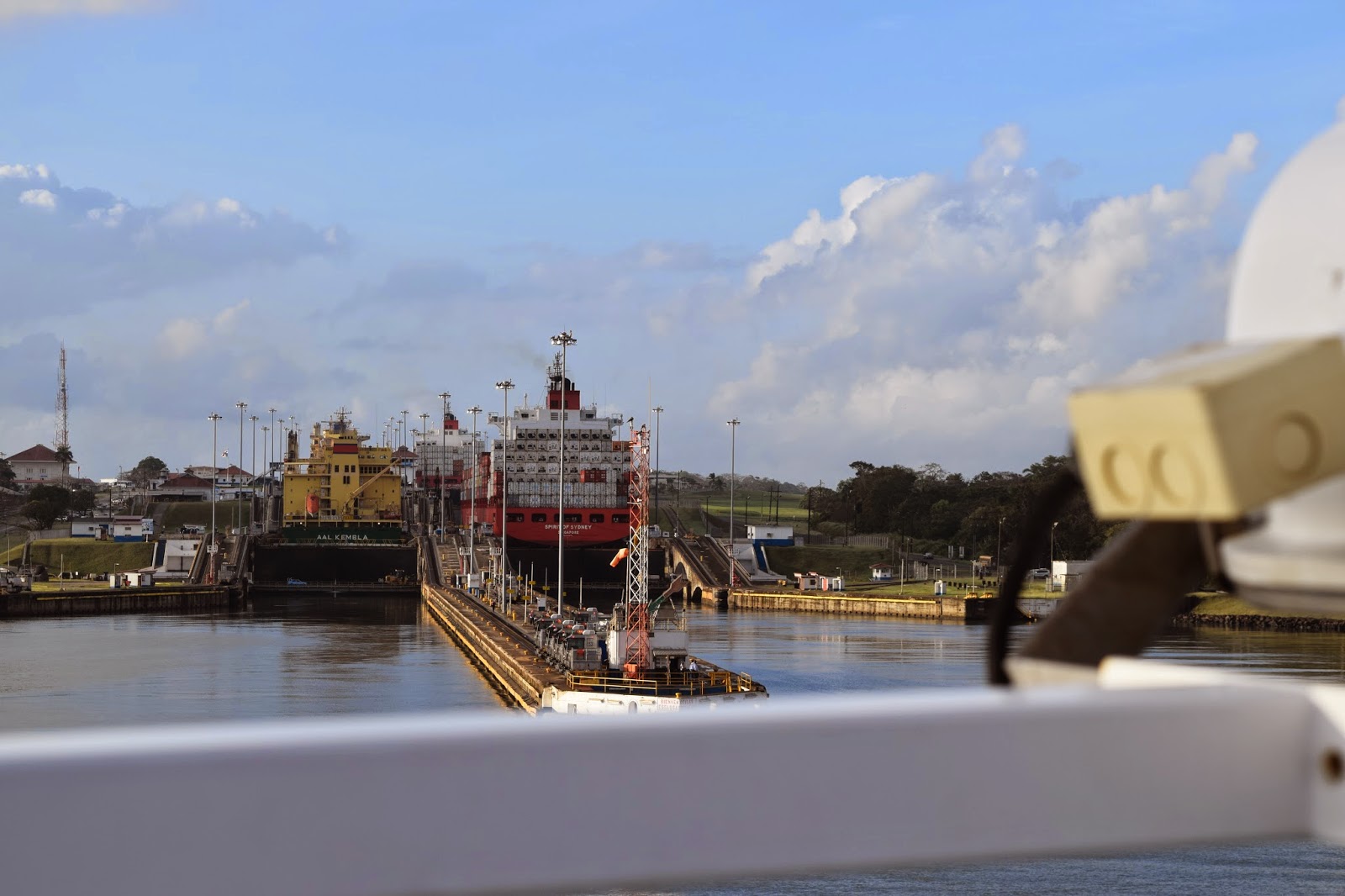 About 90 minutes later, we finally arrived at the locks. 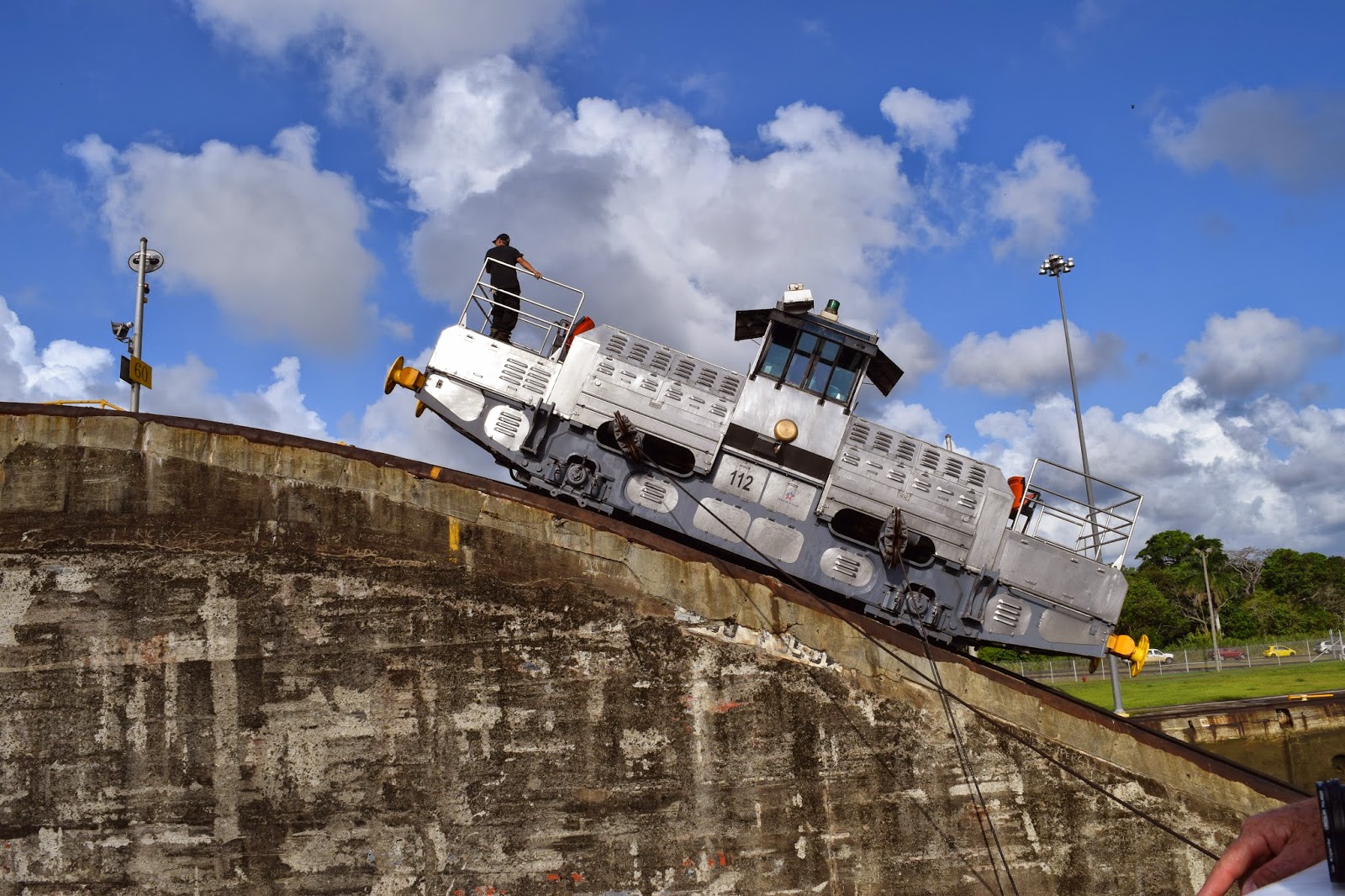 Specialized vehicles then secured lines to the boat
and helped guide us through. 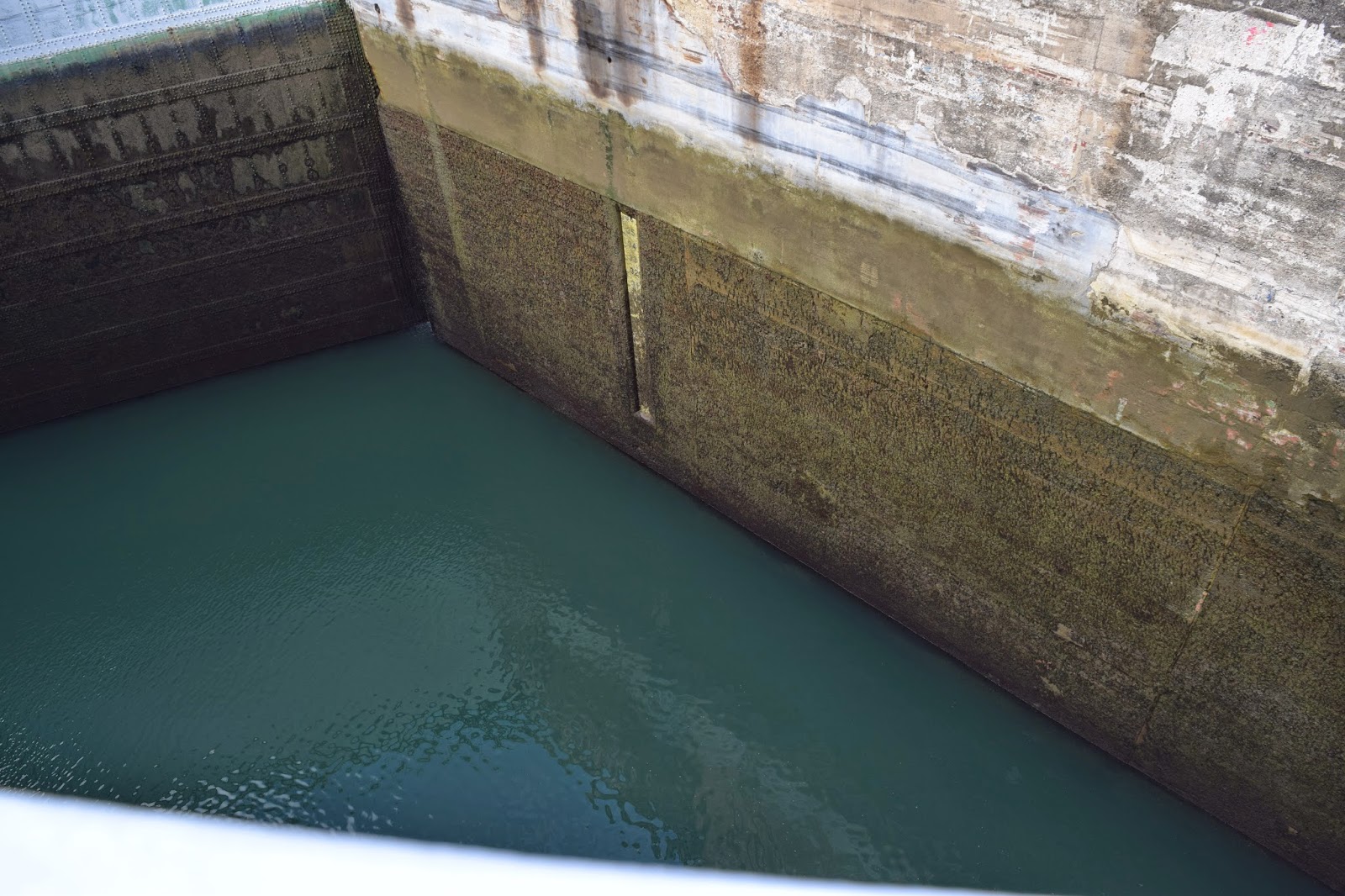 You entered the Gatun locks and settled in as the
water rushed in and lifted the boat about 30 feet,
and then you slid into the next lock. 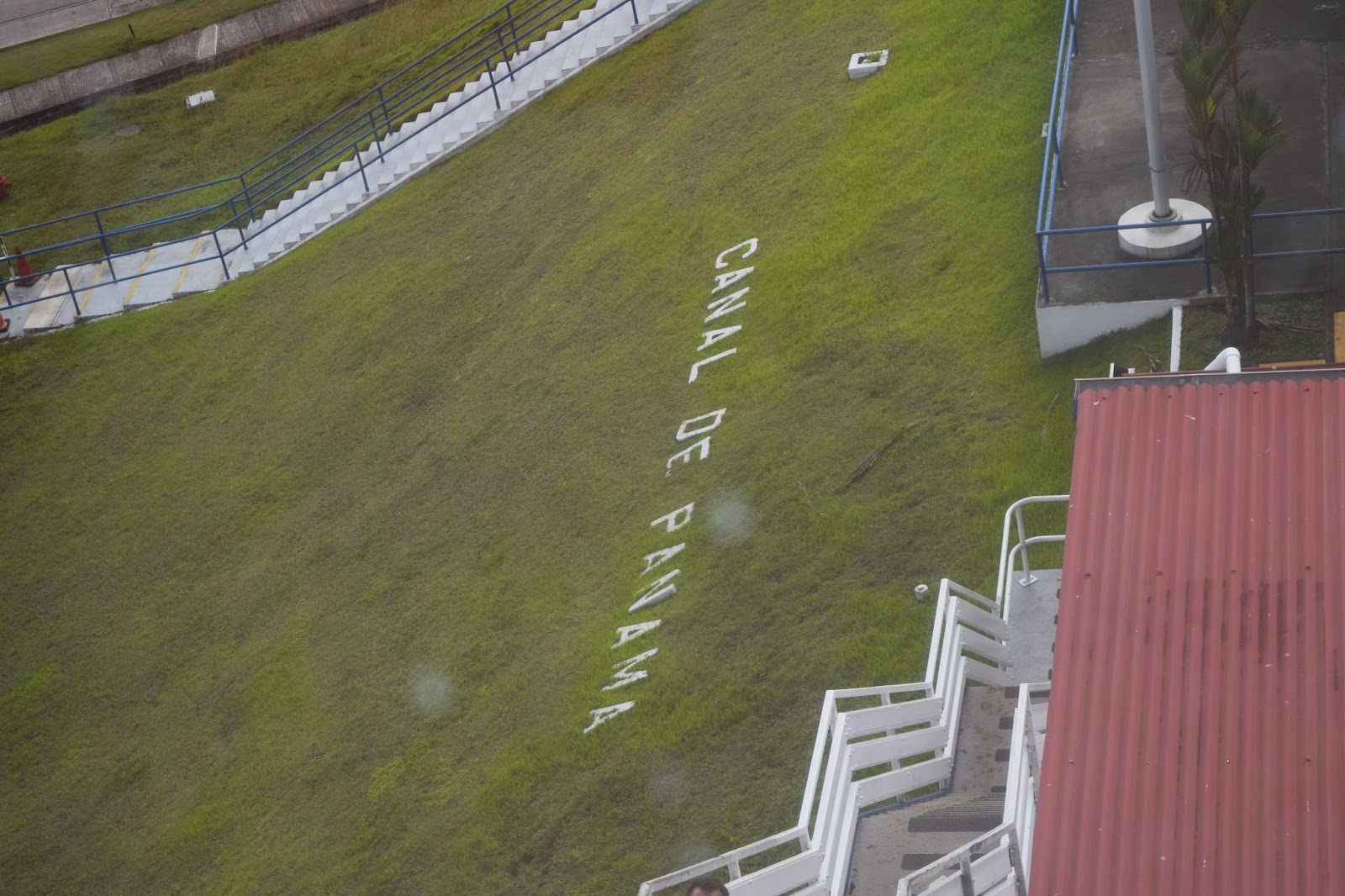 This was repeated three times until we found ourselves flowing
into Lake Gatun. 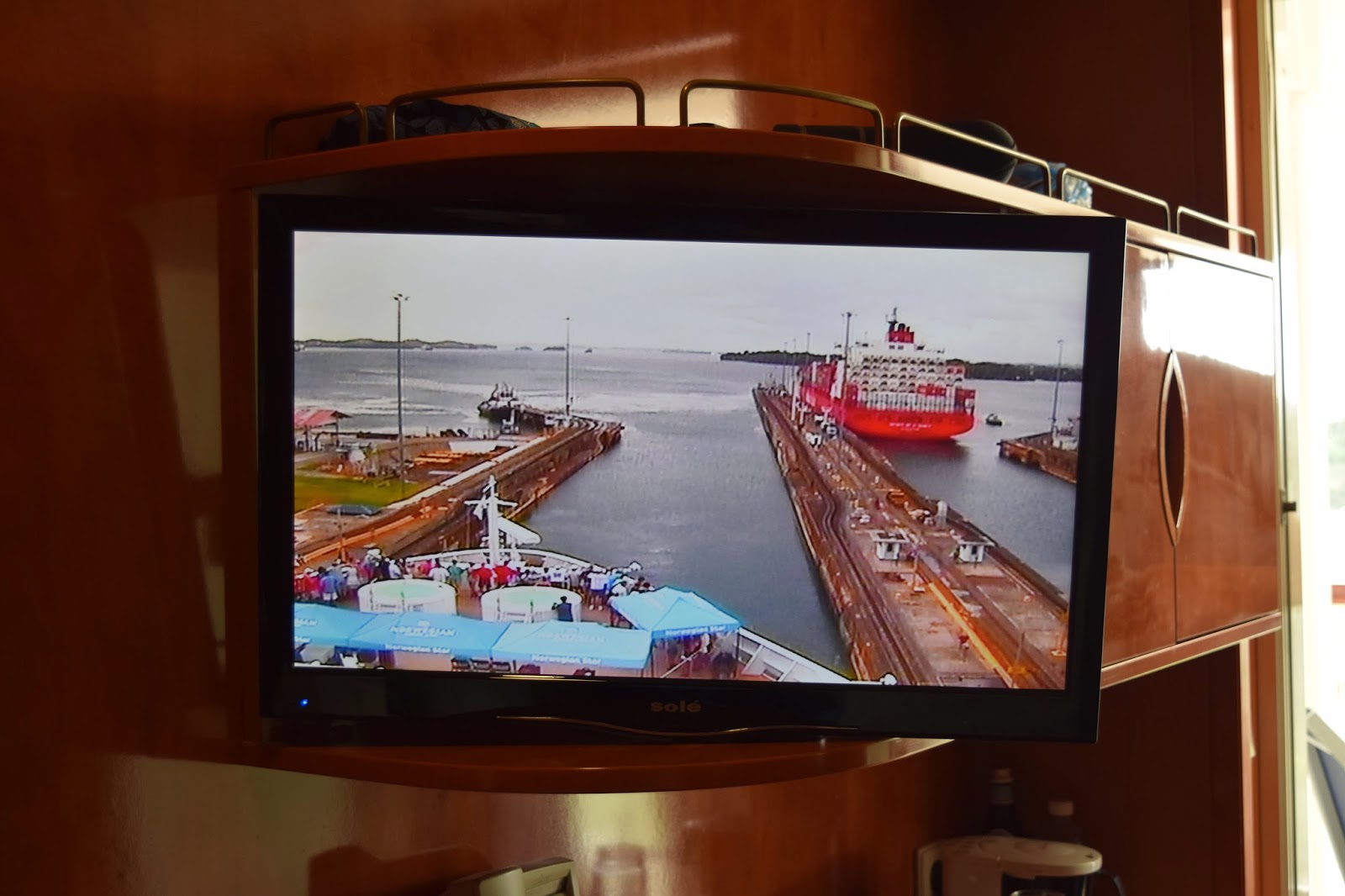 The process took a couple of hours so we watched
part of it on our "favorite shipboard channel." 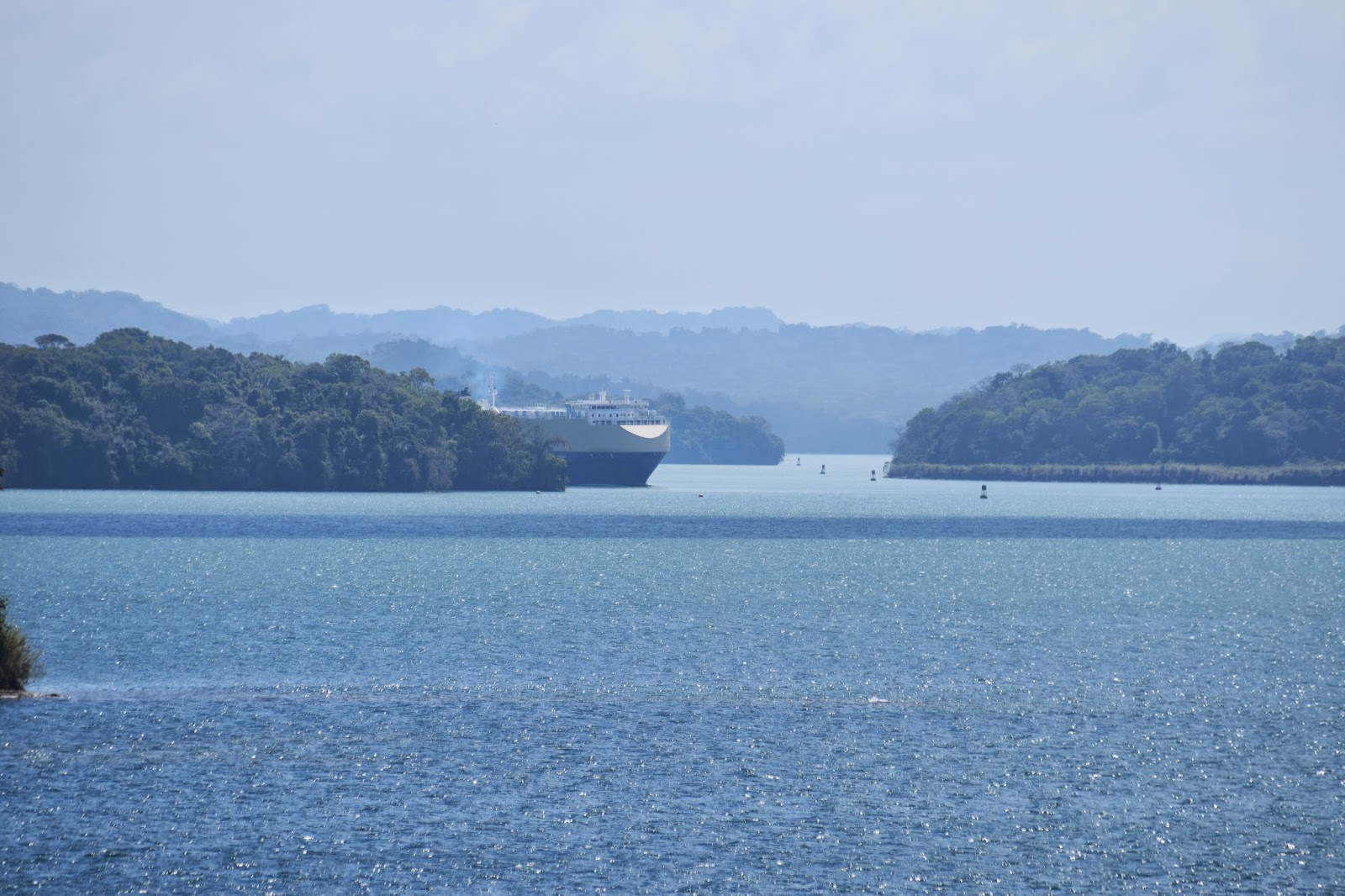 Those "islands" in Lake Gatun are actually the tops of
hills and mountains that were not submerged when
the lake was flooded during the building of the canal.
Supposedly a small city is preserved under the water
and is a favorite of scuba divers. 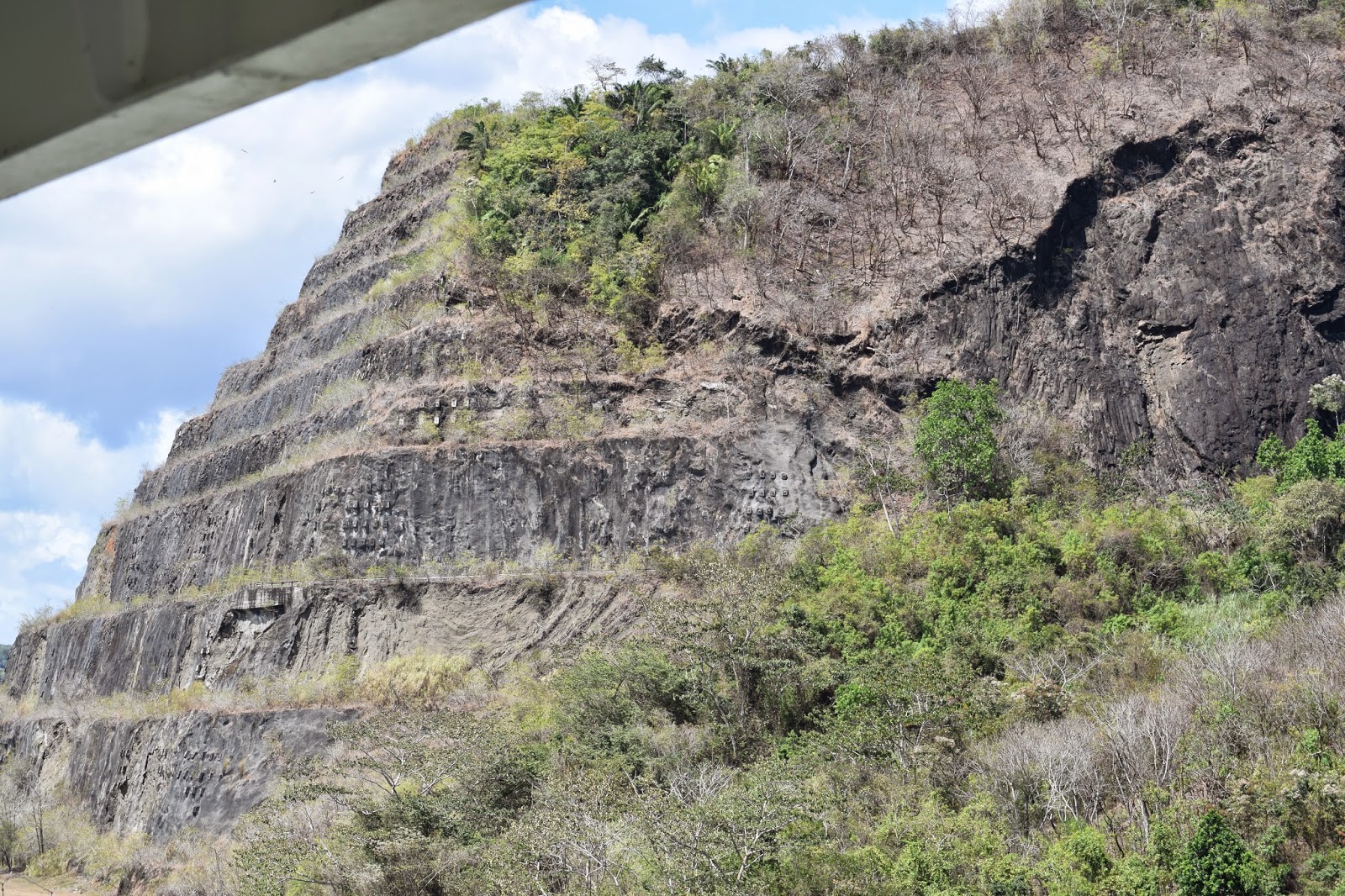 Here we crossed the Continental Divide. 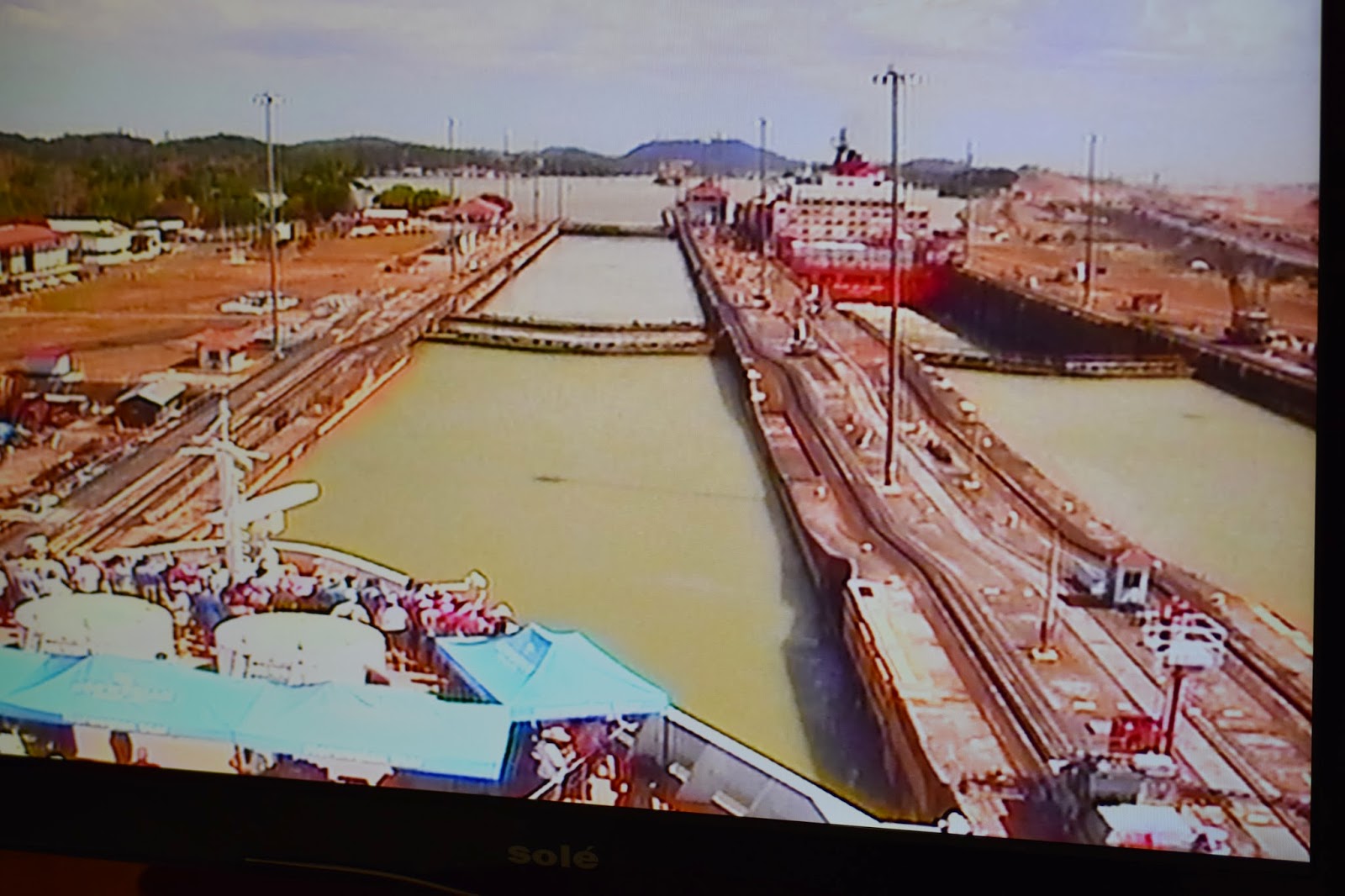 We reached the next set of locks around mid-day.
These are the Pedro Miguel Locks. 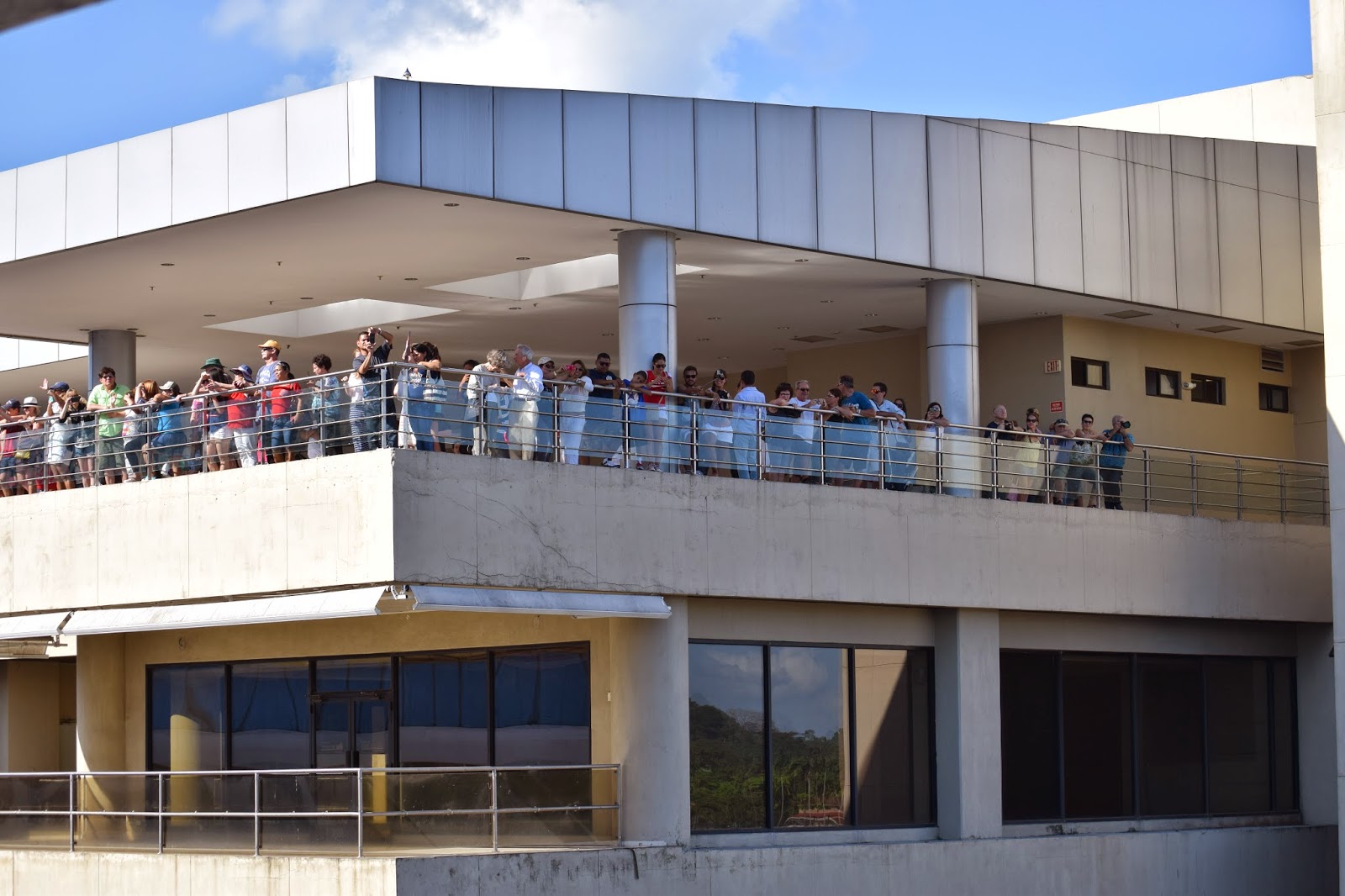 The final locks to the Pacific are at Miraflores
and the visitors center was packed with people
who cheered us on as we passed through the locks. 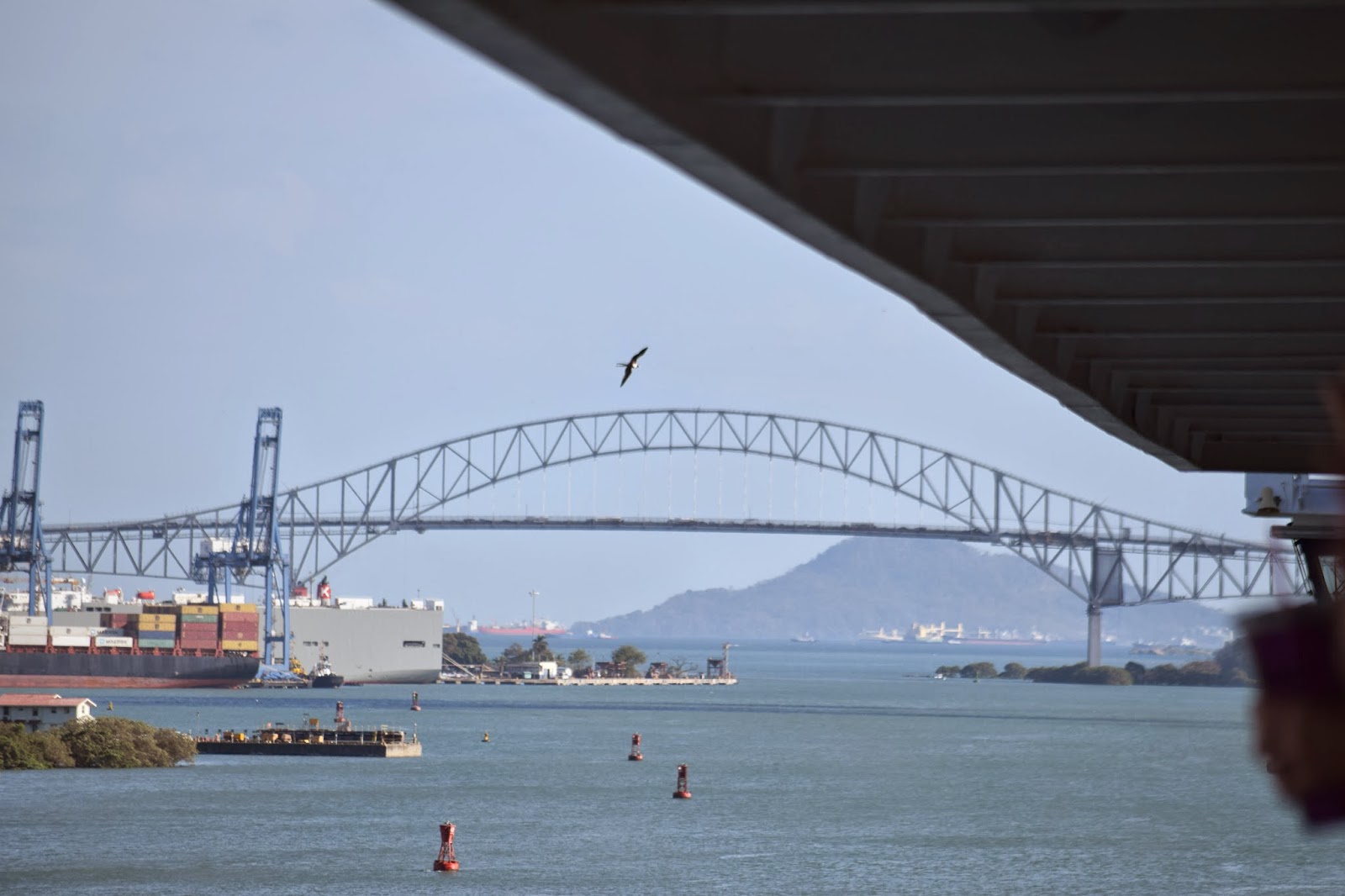 Finally the Bridge of the Americas and the Pacific Ocean. 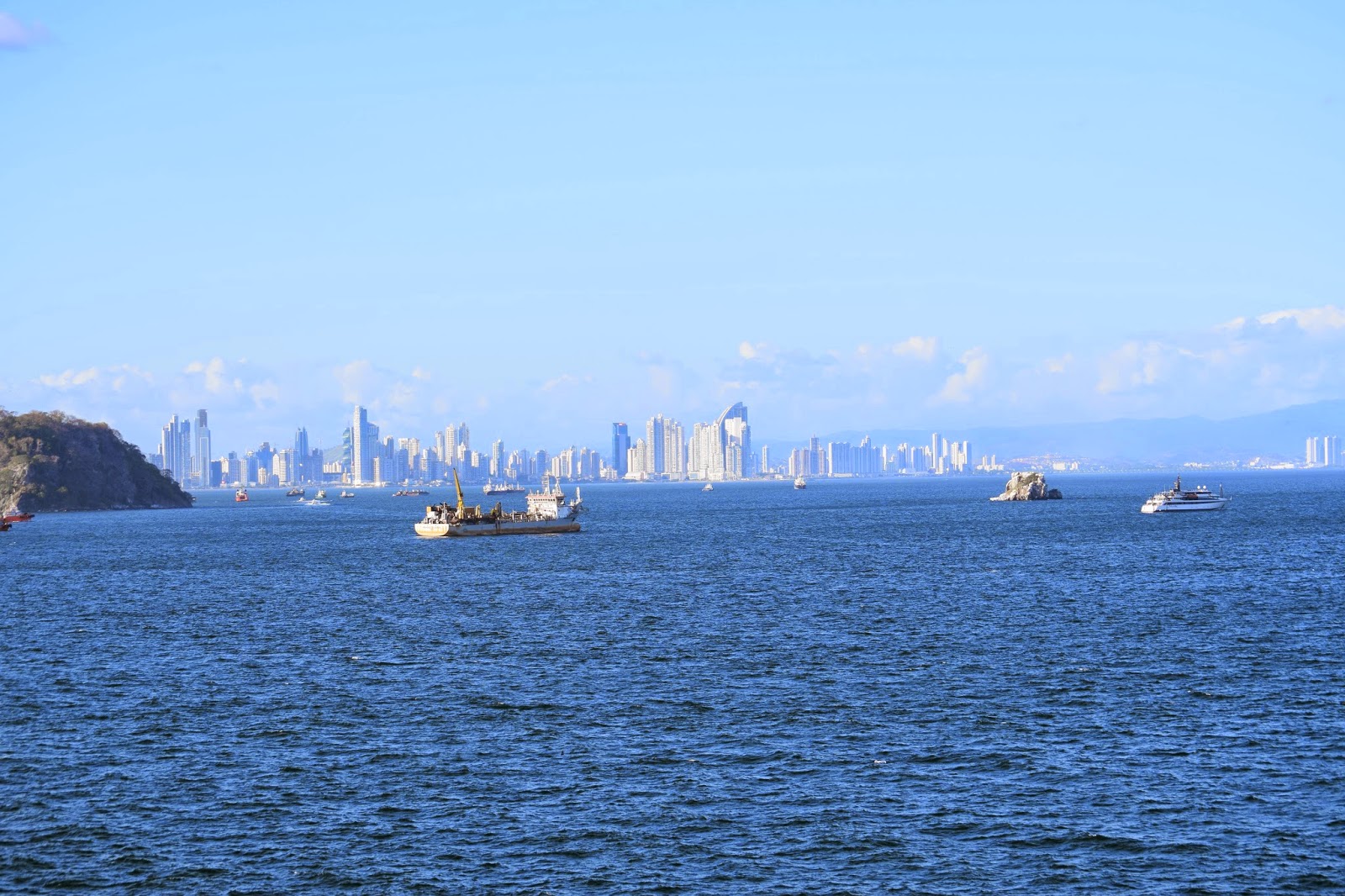 Panama City as we turned north and headed toward LA.
It took almost 12 hours to complete the journey across the locks.
A very memorable experience.

Looks really cool! I wish I didn't get sick on boats. You had some amazing views!

Great photos! I"ve heard lots of folks talk about their Panama Canal experience, but never with such descriptive photos to accompany.