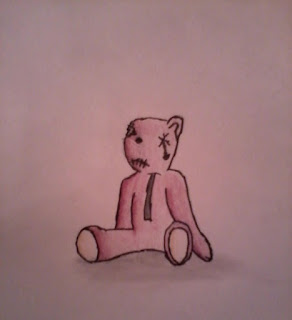 I don't often write about child abuse and my thoughts on population control (like a manditory "Depo-Provera vaccination" for all teen girls), but some shifts just get you more than others.  There's a quote I think of often when shifts like this happen.  It's from the movie "Parenthood" with Steve Martin and Keanu Reeves.  Keanu's character is a soon-to-be young father, and he says, "You know, Mrs. Buckman, you need a license to buy a dog, to drive a car - hell, you even need a license to catch a fish.  But they'll let any butt-reaming asshole be a father."

Last night was about parents, who under the influence of various substances, probably weren't as attentive to their children as they should be, and the children are the ones who suffered... head injuries... intracranial bleeds... etc.  There's a lot of people recently calling for drug testing of welfare recipients.  Last night should have been about the drug testing as a qualification for parenthood.

I don't know that I've ever written about this before, but when I went to adopt my cat Winston I had to go through a long and lengthy process.  I adopted him from the Chicago AntiCruelty Society.  I had a rather lengthy application to fill out which included my needing to list my place of employment, provide a pay stub, present proof from my landlord allowing me to have pets in my apartment, etc.  I also had to have an interview which discussed everything from my work schedule, prior pet owning experiences, disciplinary tactics, and only then was I allowed to look at the kittens.  Much different from prior experiences of "pick one out of the box and let's go."

While doing my residency in Buffalo, we'd get a lot of patient with multiple children.  Sure, each one was that much more state support entering the household.  While I don't agree with the selective abortions and infanticide heard from China, their One Child Policy that encourages single children and punishes multiple births might be a consideration.  Along with mandatory drug testing, because seriously, how can you enjoy your child when your mind is clouded with methamphetamines... pot... methadone... alcohol... a combination of all or any of the above....?  I find it to be the ultimate in selfishness... which is the exact opposite of what you should be when you decide to bring another life into the world.
at November 13, 2012

We had to go through a long process to adopt our two with paperwork, evaluations, etc., similar to what you did to adopt your cat. I used to say to hubby it just didn't seem fair with people being able to get pregnant and not have to be evaluated in such a way for the very reasons you listed here. I always think young parents should get paired up with seasoned veterans so to speak of parents with older kids to help young parents learn how to parent. I'm sure you see so much sadness in this in your work in the ER.