And For My Next Trick... 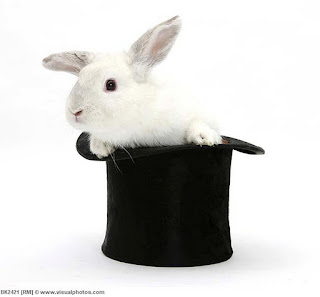 I don't mind performing under pressure.  Heck, I'm an E.D. doc, and I do it all the time.  Add an audience, and it just adds to the fun.  I remember as a surgical resident sitting in report looking at chest films and hearing the intern say that one of the patients was suddenly short of breath and with a fast heart rate.  He thought he might just be in pain.  I took a look at the chest x-ray and quickly realized the patient had a collapsed lung and might be developing a potentially lethal complication called a tension pneumothorax.

I called out my suspician to the trauma team, and we rushed out of our conference room en masse to the patient's bedside.  I had my senior resident, the attending and about 3 interns plus several medical students all rushing around gathering supplies.  I was given the job to put in the chest tube since I was the junior resident and responsible for this.  Now that was pressure.

Tonight, not so much... but still, you have to get used to working under a spotlight sometimes.
at November 14, 2011

I'm sure it is something you do get used to Veronica! And something you can't have too much "stage fright" about if you got to do something emergently! I'm sure its that old addage "practice makes perfect", you guys do a lot of stuff like this in training so I'm sure confidence somewhat gets built up!