Day 18 - When the Patient Comes Home 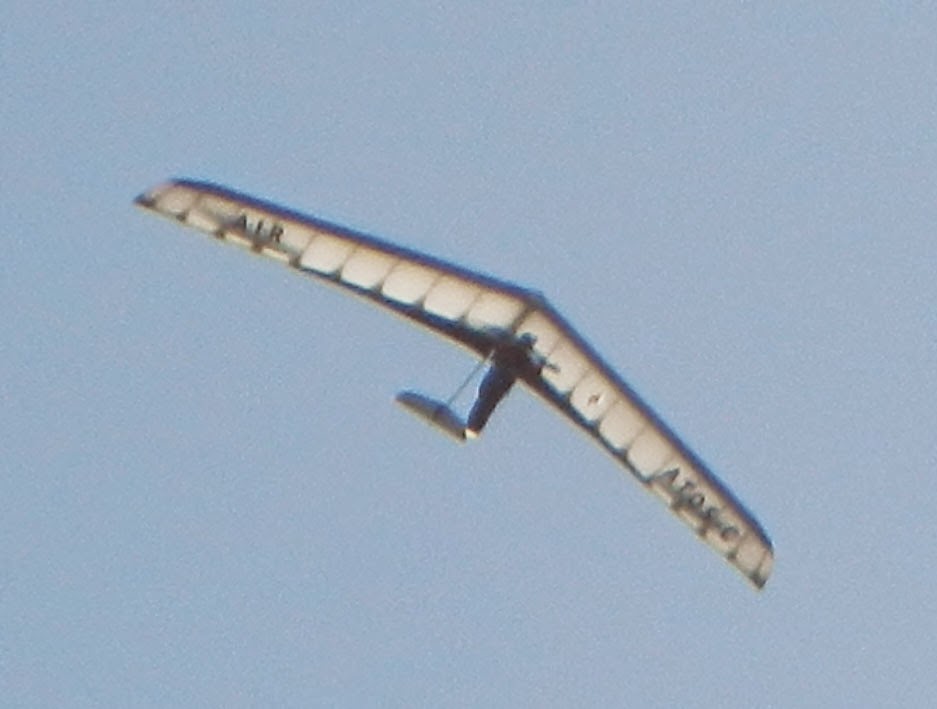 Back in June, I wrote about my DH
the hang glider.

I wrote about how I've taken care of friends of his who
have had to come to the ED because of various mishaps.
And, now my DH has suffered an injury as well.

No ED trip for him though.  We were vacationing in Oregon,
and while I took some time off to just think about things,
he spent time with his friend and went hang gliding...
... and then at the end of the flight, he came in for a
hard landing.

He came back to the cottage barely able to move his right arm,
and I had to help him with his clothing.
For a few moments, I was back in doctor mode:
check pulses, check range of motion,
check for fractures, think about RICE:
Rest, Ice, Compression, Elevation.

We had some ibuprofen, so I gave him some of those.
Iced the injury.  Considered X-rays, but I didn't think they
were necessary.  Made him comfortable for the night.

Watching the video, and knowing what I know so far
about the aerodynamics of flight, I know it was a hard landing.
I'm glad he wasn't hurt much worse.

That was three weeks ago.
He still hurts.
And, I think there might have been a small
avulsion fracture in his elbow.
It crunches when I range his arm,
and he has nerve pain.

At least it's not all black and blue like it was.
And, he doesn't hurt as much as he did,
but he still hurts, and he can't do all the things
around the house like he is used to.

It's been hard seeing him like this, but I keep checking on him,
wrapping his arm, trying to make him comfortable.

I'm just not used to playing doctor for more than
a couple of hours...