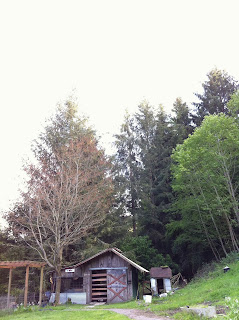 and it wasn't until later that summer that we got
our first chickens to put into the existing chicken coop... 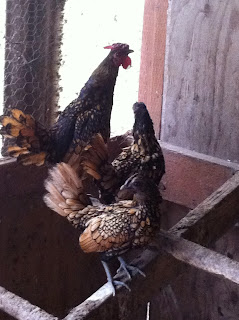 I then started collecting more bantams
which we called the "mutant chickens."

We added some guinea fowl,
six of them...
two females and 4 males.
Two males went back to the breeder and
the two females
were killed by a bobcat.

I detailed most of this in a post
which was prompted by a massacre weekend
involving goats and a bear.
At that time I tallied up all the new chickens and fowl.

Somewhere in here we got two dogs,
and there have been no more bears or bobcats;
that we've seen close to the property, at least.

Then this February we got turkeys...
six of them,
of which two made it to adulthood...
Unfortunately, both males. 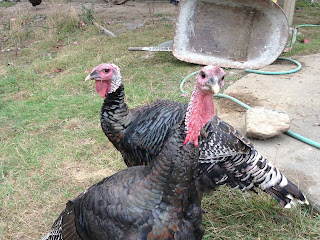 Then we had the chick explosion a couple of weeks ago,
adding 22 new chicks to the group,
of which 1 mysteriously disappeared.
I hope another bobcat isn't around,
but maybe another hawk..?

So, we have a LOT of chickens...
but we thinned the herd down a bit
voluntarily over the last couple of days.

So, as of today, we have
one remaining male guinea fowl
the "fluffy chicken" - one of the original "big chickens" we got
the "chicklets" - Hawkeye, Muffin Top and Madge (they're our best layers)
Roosters - big white Frederico & the "pocket rooster" Ollie
Hawkeye's Twins - two cockerels that just crowed for the first time this week
the pullets - of which 5 remain
the new chicks - of which 8 remain including
Sunshine (who will remain on the farm) 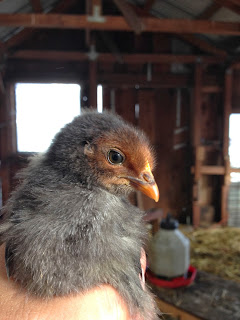 We'll have to see how many of the pullets and chicks
turn into hens and roosters...

If anything we'll get some more of these.... 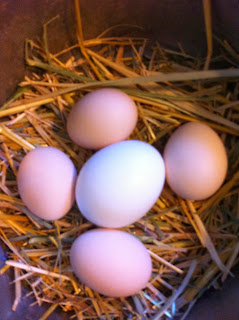 PHEW! You are a busy busy couple! I don't know how you fit it all in!
Jeanie