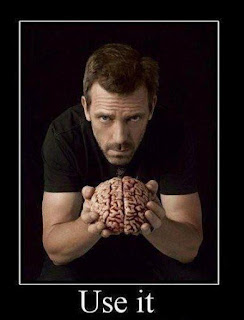 "The Death of George Bell"

I just read an interesting article in the New York Times about a man named George Bell.  He wasn't famous.  He had no famous relatives.  He wasn't famous for anything himself in life, but now has a name in death.  And, he died alone.

I think about people like him when I work in the emergency department.  The kind of people where you think "there but for the Grace of God go I."  The kind where you stop to wonder, who would morn them if they were gone?

Reading this, I thought back to a lot of patients who were regulars and then later died.  We know that they died and that they will not be coming back to the ED, but did anyone else care?  I started to think about "Cowboy" who I wrote about in residency.  I don't think he had a family.  The article made me think about all those patients who leave home in an ambulance and then never return.

It also made me think back to a cardiac surgery patient I had at the VA when I was in medical school.  A simple surgery led to a serious complication led to his death.  I remember telling the family, and their first question was "where are his car keys and where did he park the car?"  Suddenly, I wondered what happens to the cars that patients leave behind when they come to the hospital to check in and never check out?  Mind blown.

How prepared are we for our own deaths?  I'm not talking wills and estates, I'm talking what gets left behind and who's going to sort through it, and what are they going to think?  A good friend had to deal with his mother's belongings after she died.  A mother he wasn't particularly close to, and now he had to deal with her "mess."  And, it was a mess because she was a hoarder.  Seriously, what do you make of "collections" which were important to the person but have no meaning for the survivors?

I guess death is on my mind.  The code patient from my post of a few days ago was pulled off life support.  They were a regular.  I'd seen them multiple times in the ED.  Now, they're another name to be remembered and scratched off the list... but still remembered... at least they didn't die alone.

Not long after my father died and we had gone through his things, my mother started sorting through her things and getting rid of stuff or going ahead and giving things away to us and the grandkids. She said she didn't want us to have to worry about all that when she was gone. (She turns 92 next month.)