Doctors Can Be Action Heroes Too 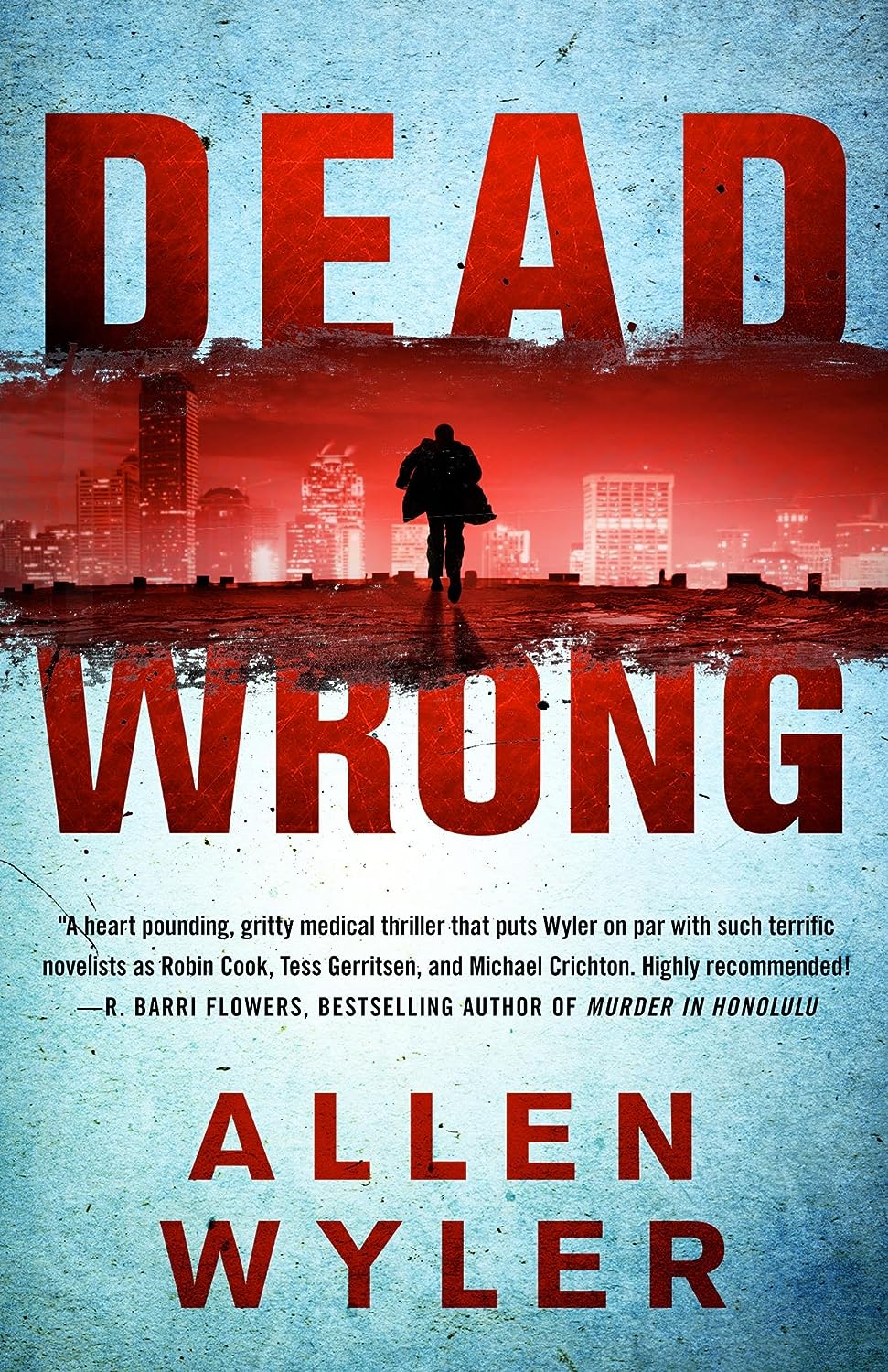 I did review an audiobook a while back, which was an enjoyable way to pass the time as I commuted from NorCal to SacTo and back.  And, what's funny, is I can still remember some of the scenes from the book as I pass various landmarks on the road.  Weird, but they were the most tension-full ones which I guess subconsciously made me focus more on my driving so I wouldn't get too lost on the story and subsequently drive off the road.

But I digress.  I was recently asked to review a new medical thriller by Allen Wyler called "Dead Wrong."

Now, as a medical professional, it's sometimes hard for me to suspend disbelief when reading about a fictional medical process or watching a TV show (don't even get me started on all the problems with "Grey's Anatomy");  however, this book, while starting off with what I consider a far-out medical premise, becomes more of an action/adventure thriller as the story goes along, so the medicine actually ends up taking a back seat.

The main character is neurosurgeon Tom McCarthy who teams up with psychiatry resident Sarah Hamilton in a life and death game of hide and seek after they unknowingly stumble onto a secret government-funded research project where pieces of brain are taken from one person and placed into another giving them "false memories."  The memories actually happened to the donor party, but the receiving party has no idea why they now have the memories and they're literally driving them crazy;  which is where Sarah and Tom come in.

The story moves along at a fast pace.  There's the requisite evil doctor, the government conspiracy, the muscle.  There's the cat and mouse chase throughout the hospital and the city of Seattle, with many suspenseful moments as the doctors try to outwit the bad guys.  There's a few humorous moments thrown in, but all in all it's a quick, easy read, and I was ok with with ending.  My only complaint is the love story which was a little predictable (doey-eyed resident falls in love with superstar neurosurgeon) and one of the early action scenes which reminded me for some reason of "Die Hard."

Summer may be over, but this would make a great weekend evening read in front of the fireplace on a chilly night.  The author, Wyler, has several other titles on Amazon... might just be worth the read.  Let me know what you think!


And, the author has a new book...
not about a doctor, but sure to
be just as suspenseful....!

*just to note,
I received no monetary compensation
for this review, just a preview copy
of the book

Sounds like a pretty good quick read. I'll see if it's at my library, and I'll report back after reading. :)

Hey there, I found you via the NaBloPoMo blogroll. :)

So I'm just dropping by to let you know I've added your blog to my feedreader, I'm reading you loud and clear, I have a link up going at my place so my readers can find participating blogs which you are more than welcome to add your blog link to.

Looking forward to seeing your posts, and you'll likely see me drop by again during November.

Happy NaBloPoMo to you!
Snoskred
www.snoskred.org